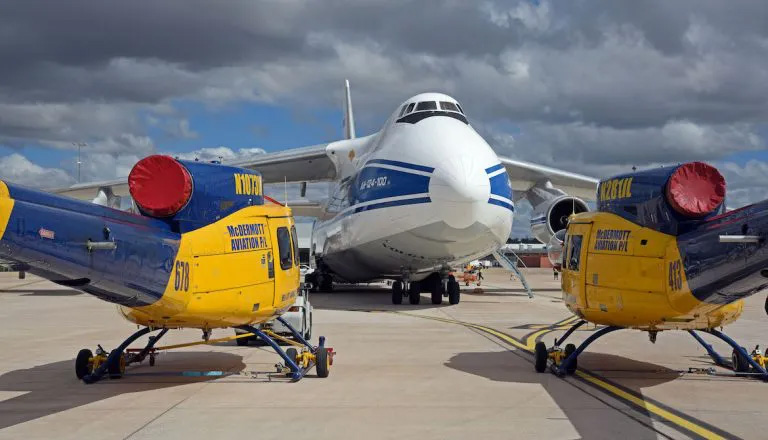 The An-124, registration RA-82047, landed at Wellcamp, Toowoomba Queensland this week where the first two Bell 214B aerial firefighting helicopters, along with supplies, were loaded.

The Antonov then took off from Wellcamp on route to Perth where it will collect a further two McDermott Aviation Bell 214B firefighting helicopters. Then, the aircraft will head off to Greece, via Sri Lanka, and after two days will arrive in Europe.

According to McDermott Aviation, seven crew, which included pilots and engineers, are present to accompany the helicopters in the aircraft, and similarly aid in the overseas firefighting mission.

The Australian water-bombing helicopters owned by McDermott Aviation have been sent to Greece to assist with the country’s raging wildfires.