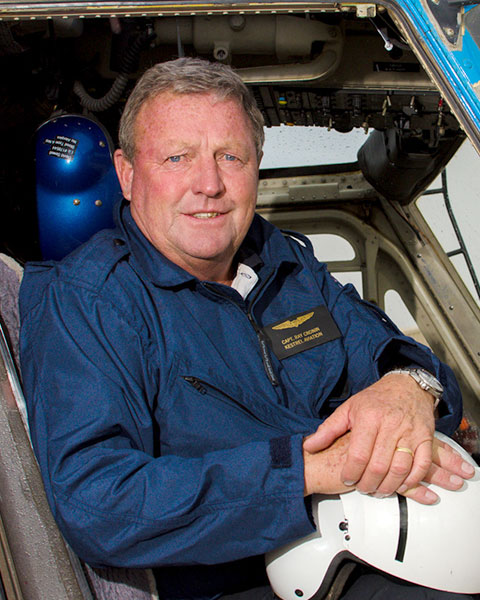 Ray commenced his aviation career with the Department of Civil Aviation as a “Flight Service Officer” achieving a Diploma in Air Traffic Services. Having qualified as a Commercial Aeroplane Pilot he flew both single engine and multi engine aeroplanes on charter in Northern Queensland. He completed his Commercial Helicopter Pilot Licence in 1980 and flew single engine helicopter on charter operations in eastern Australia. In the period 1983-84, Ray gained a Helicopter Instructor rating and a Chief Flying Instructor approval.

In 1985 Ray established "Kestrel Aviation Pty Ltd" which specialised in helicopter pilot training. This business expanded with the selling aviation services including flying training to overseas customers Japan, South Korea, India, Europe, Ireland, Oman, Qatar and Sri Lanka. Systems were developed for the purchase and operation of aeroplanes and helicopters, management of flight crew, engineers and administration, financial control and budgeting. As a result, a number of helicopters and aeroplanes were imported and certified from overseas. He has experience as an Aviation Consultant to the resource industry.

Ray has been innovative in a number of areas:

Ray has first-hand involvement in pilot training syllabus development to all licence and rating levels. He has been an Adviser to the Australian Civil Aviation Safety Authority (CASA) on safety and training issues. Ray has over 10,000 hours aeronautical experience in the industry and has held the titles of Chief Pilot and Chief Flying Instructor for over 30 years.

Myles is also the Chief Pilot of Airwork Helicopters which specialises in a wide range of helicopter operations including mustering, spraying, powerline inspections and firefighting operations using a variety of helicopter types.

Myles has held an ATO approval for many years and continues to exercise the privileges of this qualification in assisting other organisations maintain their standards.
His main concern for the industry is the shortage of suitable pilots having the relevant background experience, the necessary CASA checking/testing qualifications and most importantly, the desire to make a career in the flying training industry either as mentors, instructors or examiners. 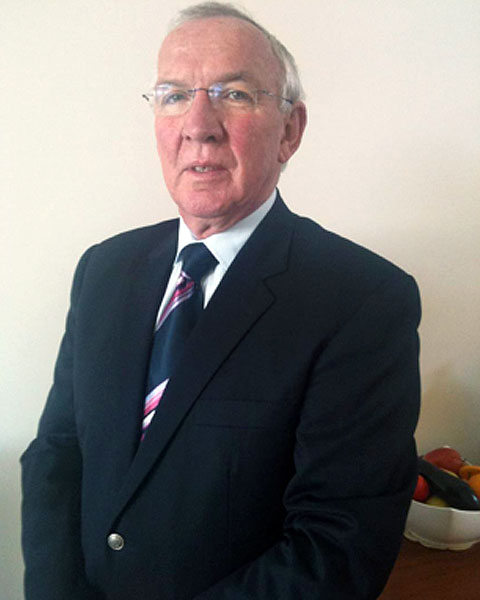 Peter commenced aeroplane and helicopter flying training in 1973 while serving in the Australian Regular Army. After completing the training as a helicopter pilot he served for a further six years resigning from the Army and entering the commercial aviation area. Over the next ten years he operated single and multi-engine aeroplanes, jets and helicopters in charter, emergency medical service, search and rescue and offshore operations (oil and gas) in Australia. He completed a Helicopter Instructor course in 1987.

In the period 1989-1991, Peter established an aviation consultancy company primarily for the oil and gas industry. He completed assignments in the Philippines, North Africa, China, UK, India, Myanmar, France, UAE and Australia. This period also involved flying operations in Oman and the UAE.

In 1992, Peter joined Lloyd Helicopters in Adelaide and worked with the company until his retirement in 2015. During this period he held the positions of Head of Flying Operations, Training and Standards Supervisor, Check and Training Captain and Base Manager at various times. As a Check and Training Captain, Peter completed operations in charter, emergency medical service, search and rescue and offshore operations (oil and gas) in Australia, Thailand and Timor Leste. With the introduction of high fidelity helicopter simulators, Peter participated in the training being conducted in USA, UAE and Germany on a number of multi engine helicopter types.

Peter has flown some 12,000 flight hours in piston/turbine/jet aeroplanes and piston/turbine single and multi-engine helicopters. He holds Aeroplane Commercial Pilot and Helicopter Airline Transport Pilot licences with Instrument Ratings in both Australia and USA. He holds a Flight Examiners rating. 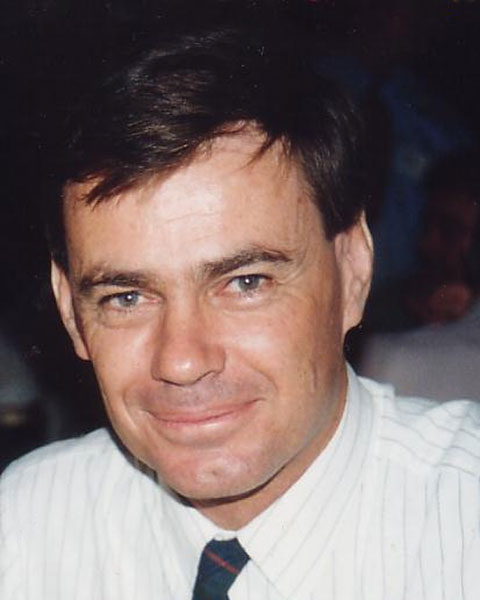 John commenced helicopter flying in 1974 as a private mustering pilot in the Northern Territory before completing the Commercial Helicopter Pilot Licence in 1980. He worked at Victoria River Downs (VRD) as a pilot and later as the Operations Manager for twelve years. During this time he held CASA approvals/delegations as a Check and Training pilot for Low Level/Mustering/Sling operations and held endorsement approval for Bell 47 helicopters.

Following his time at VRD, John established a helicopter company specialising in mustering/survey/agriculture operations utilising R22/R44/B206 helicopters. He is also the Chief Pilot of the company.

John brings strong business experience to the AHIA having previously owned and operated two tourism venturers in the Northern Territory in a partnership. He has experience in agri- politics over many years having represented the cattle industry at state level.

His greatest concern for the Low Level Airwork helicopter community centres firstly, on ability of the industry to understand the recent legislative changes and secondly, with the expansion of the industry, the potential lack of exposure of current pilots to the tips and techniques (mentoring) that enhance safety but cannot necessarily be recorded in technical notes or legislative documents. 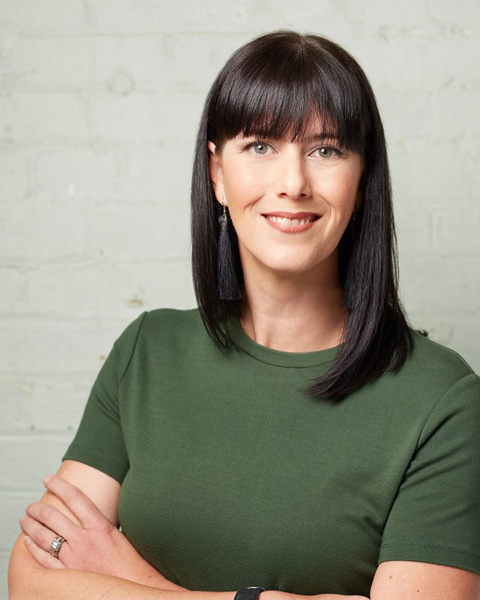 Prior to joining QBE Insurance in February 2019, Shannon worked in private legal practice for 14 years specialising in Australian and international aviation law with a particular focus on aviation insurance and litigation. Shannon has managed commercial and litigated disputes across Australia, the United States of America, Papua New Guinea, the United Kingdom, Fiji, and the Pacific Islands with particular experience in managing major aviation losses and personal injury claims for aviation operators in Papua New Guinea.

A constant industry contributor, Shannon is a Director on the National Board of the Aviation Law Association of Australia and New Zealand (ALAANZ), Vice-President of the Queensland Branch of ALAANZ and more recently has joined with the Board of the Australian Helicopter Industry Association (AHIA). Shannon was recently nominated to take part in the #celebratingwomeninlaw campaign recognising women who have had an influence on the legal profession, in 2015 she was identified by Australasian Lawyer as one of “50 Women to Watch / Experts in their Field” and has been recognised by Best Lawyers (Aviation) in 2018 and 2019.

Shannon holds degrees in Law and Commerce with a major in Politics and Public Policy from Griffith University, is a mother to two beautiful children, a self-confessed av-geek, prolific reader, pilates and yoga addict, traveller and foodie-in-heels. 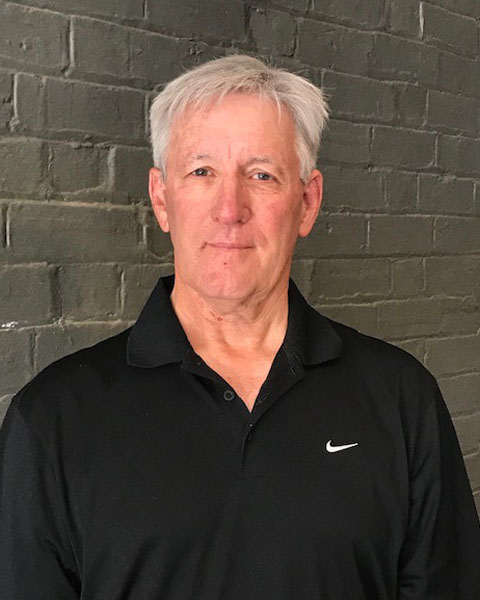 Paul is an experienced Association and NGO CEO having led the Regional Aviation Association of Australia, two national NGOs and one international NGO.

He has been an active pilot for over 35 years and still owns a number of aircraft.

He is a director of a charter company that now rents out hangar space as its main business focus.

During his career he was a Chief of Staff to a Federal Minister and has worked at senior executive level in the Federal public service.

Paul is a registered psychologist due to an earlier career working in schools.